About timekeeping in the pandemic: why employers need it 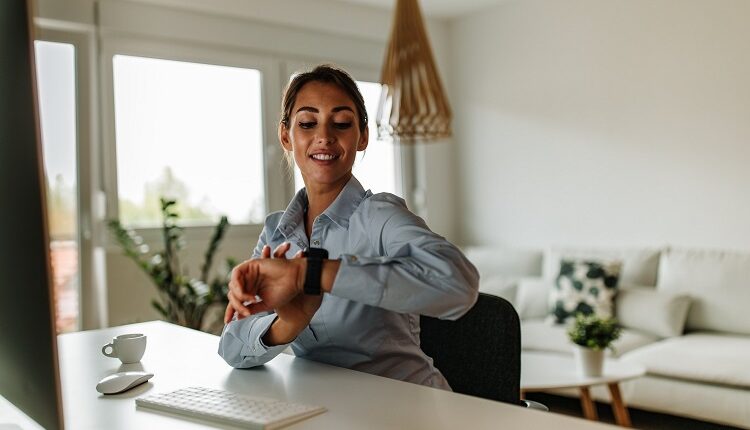 More than a year ago, the concept of “remote work” appeared in everyone’s life. Logically, one of the biggest concerns of every employer was the control of remote employees.

One of the most popular software solutions, whose sales skyrocketed with the pandemic, are time tracking systems. This is quite understandable: such software receives a new round of development in those moments when businesses are looking for ways to free up time reserves, improve their own efficiency, save money, and fine-tune work with employees.

Such systems are in demand in medium and large companies, but small businesses also find advantages in the use of such software:

On the first topic we have an interesting case: the client – a small web-studio, the vast majority of employees who work remotely. One of the tools was time-tracking – specialized software, where employees independently record the time spent on certain tasks. And everything was even until the technical director noticed a strange dispersion of tasks in one of the developers. De jure – he was always busy, de facto – deadlines were always burning, we had to reschedule them many times. Worried about potential reputational and financial threats, the studio management turned to us. The main goal was to understand the general level of workload of the staff, and in particular this specialist.

Three weeks of collecting statistics, and the secret became clear: the most “interesting” employee was the least loaded of all his colleagues. Very much less – almost 50%. The reason for this difference is the performance of “left” tasks during working hours. We had a conversation with the developer, and he refused this practice and, as far as I know, he is still part of the team.

In the early days, timekeeping was seen more as a staff control tool than anything else. The attitude to such systems has changed over time. Nowadays, such software is seen more as an ally. The direction itself has changed: now they think long term and look for ways to improve their own efficiency. Employers are quietly telling their staff that they are using timekeeping systems as one of their motivation methods.

Another interesting story is related to the financial structure, where they wanted to solve the problem of lost productivity and increase efficiency. Employees in the back office complained about the growing volume of tasks, so they had to increase their staff and, accordingly, their payroll.

The back office had 20 people, their main task was to process incoming loan applications and enter data into a common database. 15 employees worked on a standard schedule from 9 to 18, the rest – on-duty, their shift lasted from 12 to 21. All the employees on duty were on a rotating basis.

First of all, we decided to get a real picture of the situation and determine the efficiency of each specialist. The statistics collected over two weeks turned out to be extremely curious: the shift on duty was only 40% loaded, while the main shift was 120% loaded. Stress, fatigue, nervousness were accumulated, which led to a decrease in efficiency, a drop in motivation, a decline in corporate culture, and dissatisfaction due to the insufficient level of wages, in the opinion of employees. The way out of this situation was to reorganize the work of the back office – two employees were transferred to the main shift on a standard schedule. This allowed:

In addition, there was a decrease in stress levels and improved relationships in the team.

Any owner wants to understand how processes are implemented in his company. It makes sense. Any process involves people, and the larger the organization, the more of them there are. It is possible to put together a puzzle of the results of each department based on paper reports, but will it be possible to draw objective conclusions about the effectiveness of activities? The problem is not the lack of desire to delegate, but the desire to see and understand how the work is actually built, whether there are difficulties in communication between departments, what problems arise when working on both major projects and routine tasks.

Monitoring is for people. Employees can look for and find new approaches to solving problems, prove themselves and develop when it is clear to them what they do, what benefits they bring to the company and the end consumer.

We conducted a survey among our clients. Interestingly, employees of a number of companies, including small businesses, noted that timekeeping helped defeat procrastination and reduce the level of distractions for household chores (the expected effect of remote work). Every responsible person awakens a sense of elementary shame if, after analyzing the statistics, he sees that he spent an hour choosing new furniture or gifts for loved ones. For those who consider such behavior the norm, it is worth either to reconsider their approach or have an unpleasant conversation with management in the future.

According to our observation, layoffs during the coronary crisis were associated with a situation where companies really no longer had the ability to pay employees. The impact of monitoring systems on staff reduction is minimal. If a company really works in an area where commercial confidentiality and work with sensitive data is a priority, the use of systems that help strictly monitor working hours and block actions is justified. Usually employees are notified in advance about the use of such IT solutions by signing an addendum to the contract, i.e. a person is morally ready to be “under supervision” during working hours.

In all other cases, it is important to introduce monitoring carefully, to work with employees, get their support and build processes together, otherwise control demotivates and will play into the negative.

The standard work week for an office worker is 40 hours. About a quarter of that time is spent aimlessly. Time is spent on:

Together with our clients, we conducted a small study: in large companies with more than 500 people, almost 13% of employees are late every day (!). In companies with up to 100 people, this figure is 11.4%. On average 18.6% of employees, regardless of the field and scale of business, leave work early, and 29.4% – stop performing work tasks 20 minutes before the end of the day.

It is important to note that work with personnel should not be done chaotically or by mood. Before introducing any tools that are aimed at monitoring, it is necessary to work with employees, prepare them, work on their level of involvement, understand their moods. It’s short-sighted to just implement some system and think that now professional happiness will come. You need a systematic approach and support from the staff, because violations of discipline and ignoring regulations are sometimes a reaction to company policy, unfair treatment of people, unreasonably high KPIs.

Filing for Chapter 7 bankruptcy: You need an attorney!

Improve Your Customer Service With A Business Phone Number